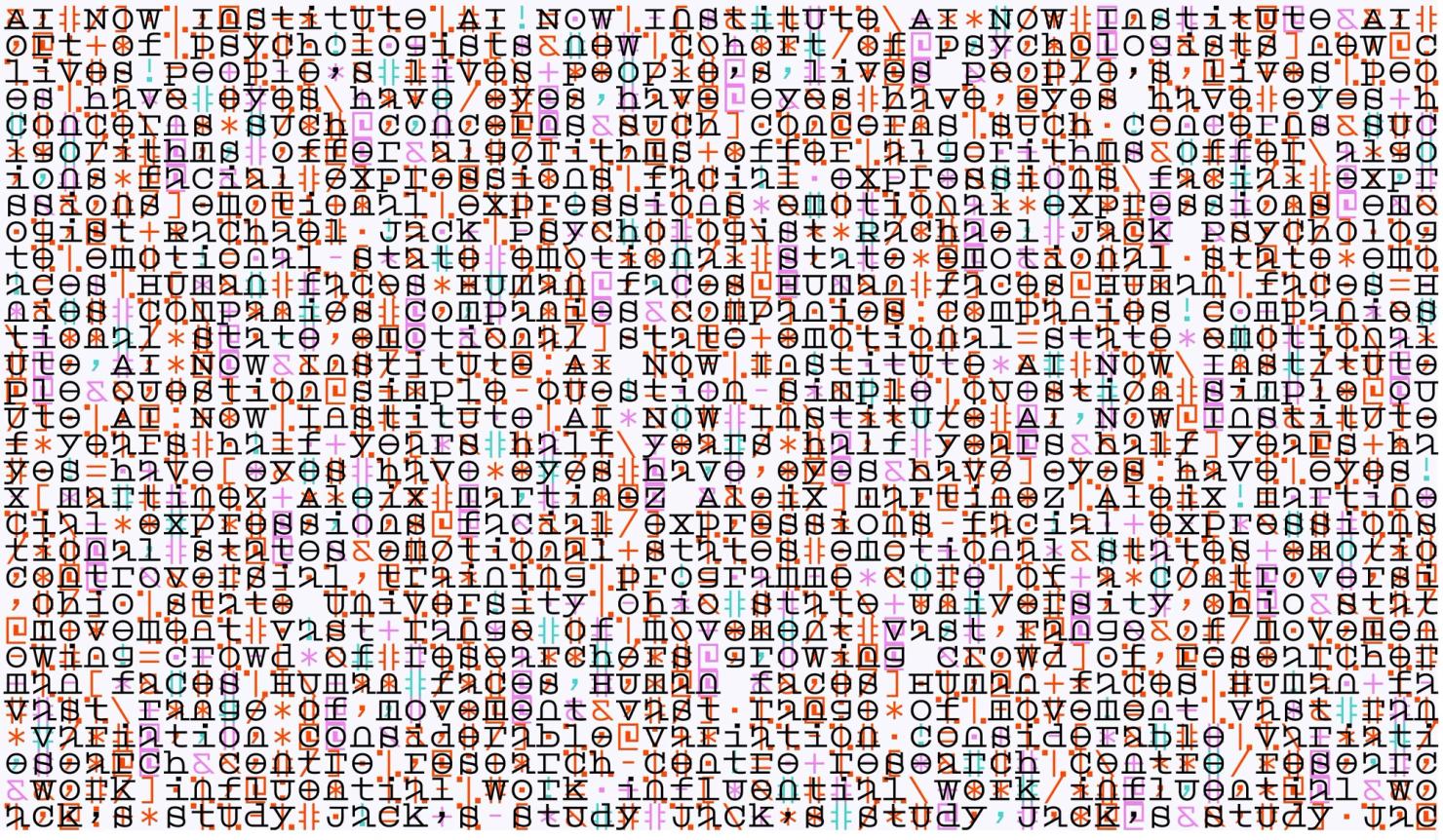 There is always hesitation in saying that a work is ready. I hesitate to use the word, ‘final’ and prefer to see it as a letting go. Of course, a piece of art or any activity for that matter that finds a state of so-called completion is but a step in the greater picture of things. It’s a continual process punctuated by little steps of personal projects. Hypertype is a generative artwork that has been informed by long-term interest in a particular subject, I could dare to say ‘research’ but that is to be taken with a pinch of salt really. The subject matter at hand is sentiment analysis and specifically text based analysis along with a wider interest in emotion. This article documents a little of the process behind that project.

To get an idea of the technology I used for analysing texts, you can take a look at this online tool, IBM’s Natural Language API The Image below demonstrates a little program I wrote to visualise the data as well as one of the first formal tests for the project.

Quantified emotion! This provoked two questions in my mind. How does the technology label words with an emotion and secondly, how does it go about giving it a score? A third question might arise also; what does this scale of values refer to? To attempt to answer these questions I turned to the web and I began digging into research papers on the topic.

What actually happened however was something quite unexpected. The technicalities of how one get's a computer to analyse text and label words with emotion are really quite, well, technical and make for rather insipid reading. After grasping the basic mechanics, my attention was pretty quickly drawn to another burning question; what is human emotion?

It was really here that I began to indulge in a number of readings informed by the latest neuroscientists. At the time I was already devouring texts by Oliver Sacks. Although emotion and feeling was not something he really got his teeth into, it was his books that opened up a whole new world on the subject and eventually steered my interest towards people such as Robert Sapolsky, Antonio Damasio and the current work of Lisa Feldman Barrett. Where Sapolsky and Damasio informed the more technical side of neurobiology and gave extensive explanations for the current understanding of the biology of emotion, it was Barrett’s more approachable work that struck a chord with me.

Barrett makes a very good case for pulling apart what is considered the status quo on emotion. A classical view which states that emotion is a reaction to things that happen to us in our world. Barrett’s on-going research however seems to show many discrepancies with this view and in fact she goes on to propose another approach on emotion that is quite the opposite. Emotions are not reactions to the world, rather they are constructions. That is to say that emotions are based on concepts and that these concepts are learned, are intrinsically linked to our personal experience, our cultures and actually vary immensely. In fact, for Barrett, variation is the only norm here. For me, this makes a lot of sense and of course is a possible explanation to why sentiment analysis is a very questionable technology.

Beyond the conceptual side to the project, there is something to say for how I came about the formal aspects. Hypertype is first and foremost a work that presents text. There is visual content based on a language system and there is visual context based on a subject matter - computers automating humans. It was hence fitting that I worked with typographic elements for the project and that I worked with a professional typographer too.

There is a poetical dimension to the work, a play on text with texture, where letters are overlayed with typographic signs and symbols. Words are presented as is, picked out from the data set and therefore have no continuity within the structure of a sentence yet invite the viewer to read and indeed find meaning. It is meant to be an open work, inspired and informed by the beginnings of such playful approaches to language that have their roots in the futurists and dadaist but also echo the concrete tradition in poetry and which I find so beguiling to peruse, my gaze drawn in, my mind forver searching for patterns.

The images below demonstrates the variety of visual outputs from the program that was finally used for the exhibition and the minting process. Hypertype is a project that was both exhibited in London in November 2022 as well as published online as a generative art project. It was a collaboration with Verse Works and Artblocks and you can read more about this event over at Verse's website. 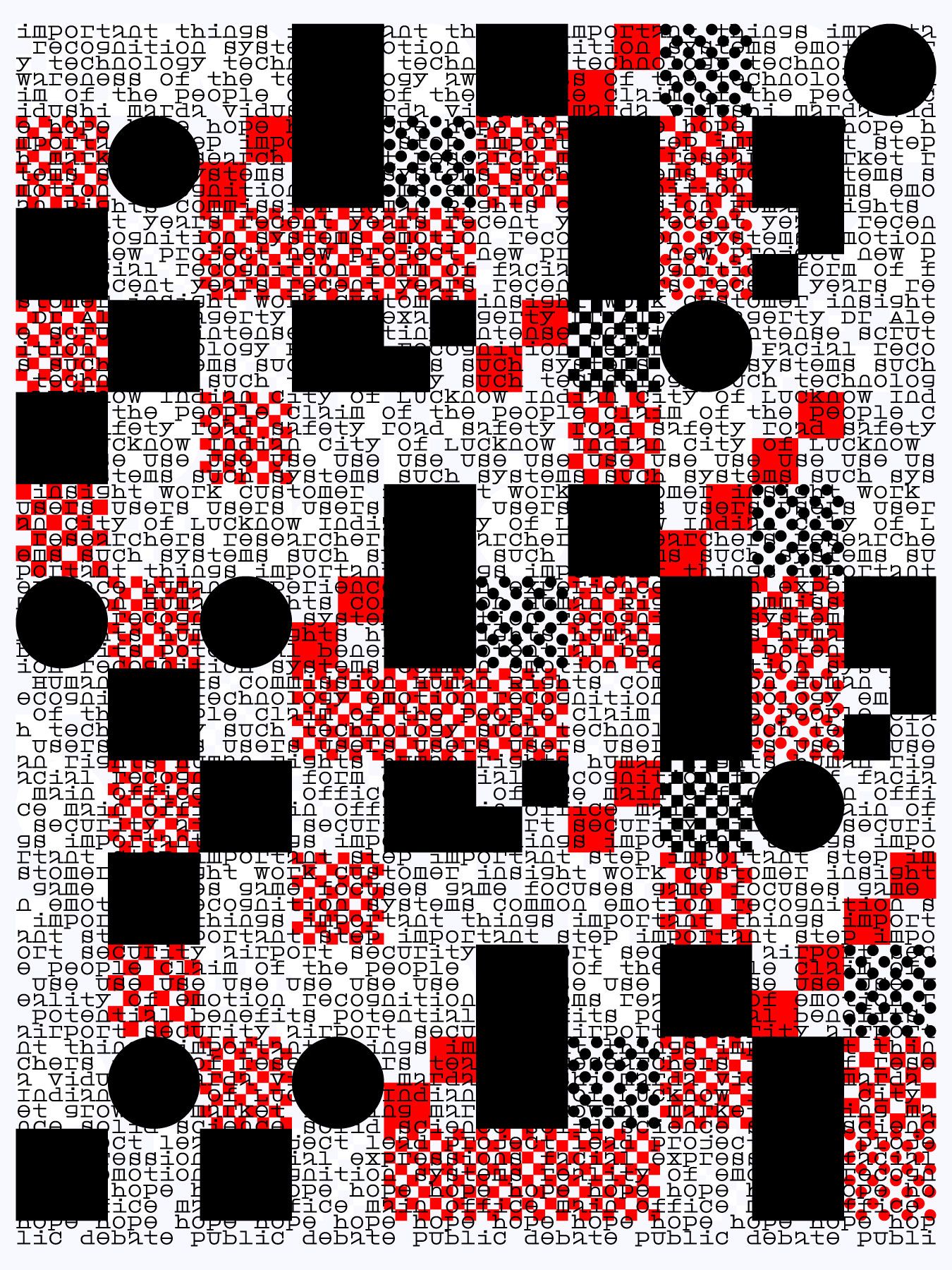 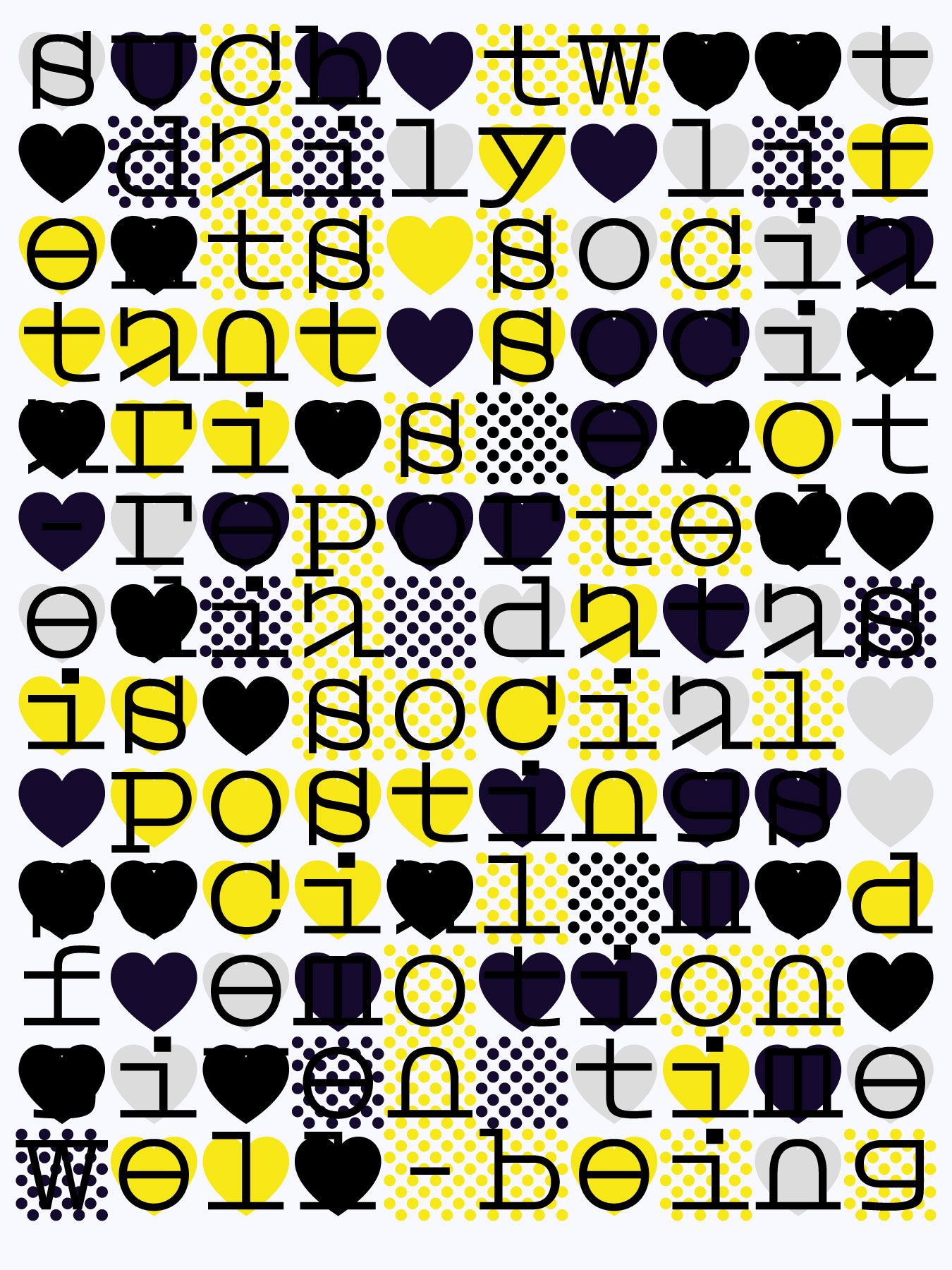 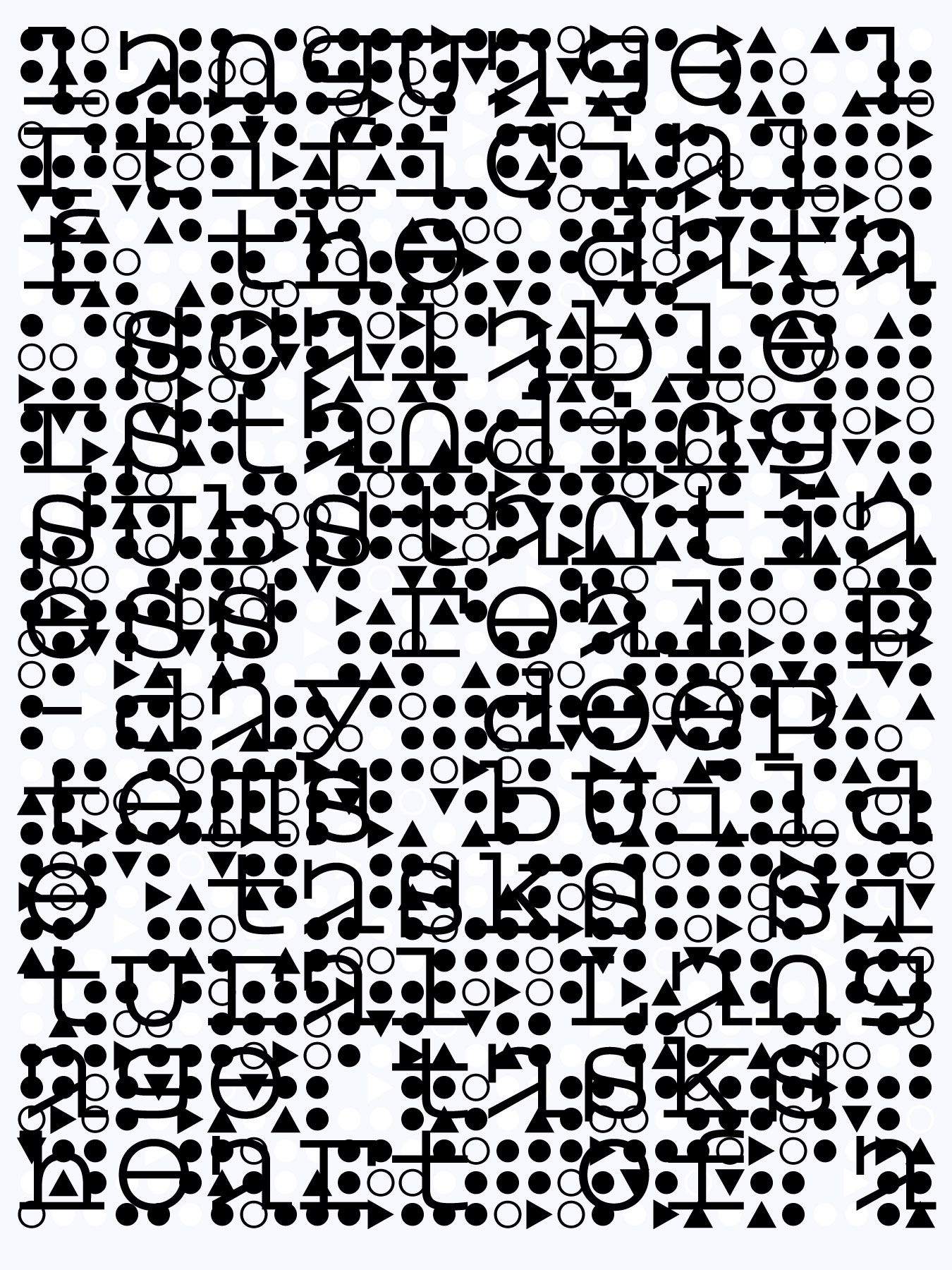